What a wonderful summer holiday we had. And the Indian summer is looking wonderful too…When we were recently invited to come and test drive the Design Hotel Aitana in Amsterdam, we naturally said a resounding yes. Because admit it: in the capital of the Netherlands there is always something to do 🙂

But before we could set out to explore the city, we got firmly into planning to get there in the most practical way possible. Our hotel, Room Mate Aitana, turned out to be right on the centre particularly on the ‘Ij’. This has become a revamped, hip district where design hotels alternate with fun catering hotspots and with looking over the water. What’s handy is that right next to/below the hotel you have a public car park called Ijdock, where you can reserve your spot online in advance. What’s more, online you pay just 15 euros for 24h parking. Ultimately a bargain for the whole weekend.

When we checked in at the hotel, the sense of space immediately overwhelmed us. With its sleek Dutch Design, the hotel has a very modern feel and clearly opted for large and tall glass windows. You would obviously go for less with only water around you. When we arrived in the room, we got the same spacious feeling. We were blown away by the wide views offered by the room on the water. Here we could already see ourselves waking up the next day. But first head into town to get that great Amsterdam feeling.

And you can find the tastiest herring in Amsterdam at…

And that Amsterdam feeling, it actually starts…right when you walk out the door of the hotel. Via a small bridge over the private dock, where some nice and fun boats are moored, you walk right along the water and the first canals into the city. The first neighbourhood we encountered was the one around the Haarlemmerstraat. This is a really nice neighbourhood with lots of hip bars, places to eat, vintage shops and so on. Lovely to start the day like this and start exploring Amsterdam. One of those food stands we couldn’t pass up was ‘Stubbe’s Haring’. This really is an institution for herring or ‘maatjes’ as we say in Belgium. You can choose whether to take them between a sandwich or ‘standalone’, with or without onions. Delicious…

Our two diligent TikTok teenagers had already seen that you can go to the Tony Chocolonely concept store in Amsterdam. Hup with the goat to the chocolate walhalla on the Damrak, the beating commercial heart of A’Dam. Actually, it comprises two premises/concepts: on the right, you can walk into the Tony Chocolonely bar for, among other things, a delicious cup of chocolate milk and other goodies. On the left, you can then enter the concept store. After a short queue, we could enter the chocolate heaven. All Tony’s varieties are displayed against a colourful wall. At a few rows of chocolate, you can pull the handle to drop a taster down. Delicious! Our kids ended up coming for the shop’s attraction: making your own personalised chocolate bar . Nice gift anyway for a loved one or…yourself. A few clicks later, we got the message that we could pick it up 1 hour later. Tested and approved!

Dining at I-Dock, the restaurant of hotel Room Mate Aitana

After our first half-day tour of Amsterdam’s canals, we could do with a nice meal after a brief refresher at the hotel. We were invited to put our feet under the table in the evening at I-Dock, the hotel’s adjacent restaurant. Usually, we are critical of in-house restaurants. Partly because they sometimes dare to lack quality and partly because it is usually a waste not to go into town for a nice restaurant. It would turn out that both arguments for I-Dock could soon be binned.

The restaurant is located at the bottom of the Hotel and has a beautiful location with its own private dock and terrace with stunning views of the water. When we entered the restaurant, an instant holiday feeling overtook us. As if we were on a Mediterranean terrace somewhere. The interior design is also grandiose. Here too, the line of Dutch Design is carried through in the large open spaces. Add to that the large glass windows with magnificent views of the water and private harbour. Perfect setting for a beautiful evening.

And then the party was actually yet to begin. After some tasty snacks and a glass of bubbly, we were served a tasty burrata salad with flavourful tomatoes. In the main course, we were treated to a perfectly crusted guinea fowl with potato tartlet and seasonal vegetables. Delicious. Finally, the organ point was set by a delicious chocolate cake with its ice cream. Very satisfied and nicely eaten, we retired to our room for a refreshing night’s sleep.

Rise and shine with beautiful view of the water

One of the great assets of hotel Room Mate Aitana is definitely its beautiful location. Because admit it; opening the curtains and 180° view of the water with the rising sun makes us very happy. Sipping a nice coffee with that in bed, and the day can’t go wrong.

This feeling also carries over to the hotel’s breakfast. We really liked the fact that there is absolutely no rush. That’s because you can have a real ‘place-sleepers breakfast‘ here (until 12am). The breakfast selection is very large and diverse including fresh fruit, yoghurts, cereals, different breads and homemade omelettes, sometimes resulting in a queue though. The pancakes do get a ‘minus’ from us as they are clearly not homemade. Because they are heated in the (microwave?) oven, they immediately became a bit cold and dry. Beauty flaws in an otherwise good course.

Amsterdam: the city of contrasts

Wherever you walk in Amsterdam, you will smell the fumes of a pot-smoking tourist somewhere. Like the fog belongs to London, this smell seems to belong to the city. It does immediately give off the right ‘Boho’ vibe in which Amsterdam is bathed. But what a beautiful city this is. On a Saturday, it’s great strolling among the many food and vintage markets located in the city. A really nice one we found at the Westerstraat where you can both try tasty local food – who can’t refus a ‘stroopwafel’? – while also browsing among the planters and vintage clothes.

But of course we had also come to Amsterdam to learn something together with our kids. Of course, in that case, going to the Anne Frank Museum is an absolute must. Important: you can only go to the Anne Frank House by buying tickets online. These sales always open for the next 2 months, so you have to be the first to go.

Memorable Must Do: Anne Frank Museum

Beyond the facade of the building on the Prinsengracht unfolds the painful story of the Jewish Frank family who found shelter in the ‘Achterhuis’ during the Second World War. Literally a house behind the home of their protective family. In this hideaway, the Frank family was able to hide for two years before the Nazis discovered the family and deported them to Auschwitz and Bergen-Belsen. Like millions of other peers, they did not survive the concentration camps. The only survivor was Papa. When he returned to Amsterdam, he found the diary of little Anne. He made it his life’s goal to make her story known to the world. The rest is history.

A visit to the Anne Frank House is one that hits home. It catapults you right into the misery that wars can bring. Something that is unfortunately burningly topical today. But at the same time it is a real must do!

Tickets for the Anne Frank House can be ordered here: https://bit.ly/3QaGzBI

That Amsterdammers are real lifers can be seen in everything. During the weekend of 20 August, we ended up at the Prinsengrachtconcert by chance. Here, a market square or concert meadow is exchanged for the waterways where they set up a floating stage. The tradition, which goes back for 40 years, wants you to be able to attend the concert with your boat but of course you can also just get a spot along the quay. The classical concert is a regular appointment on the Amsterdam calendar and beautiful scenes of singing locals with a nice glass of bubbly or beer in hand unfold.

If you want to cruise Amsterdam’s canals yourself, you can choose from numerous boat tours on offer. With nice weather, we would recommend you to take the ‘Flying Dutch Boats’ as they offer truly open boats allowing you tpch to enjoy all that beauty to the fullest. The boats leave every so often close to the Anne Frank House. Again, it is advisable to buy a ticket. This can be done at a local kiosk or at the departure point.

On a foodie discovery tour in Amsterdam

As purebred foodies, we always look out for local food offerings when visiting cities. We always find it more interesting to seek out the local food scene rather than the international cuisine you can find everywhere. In Amsterdam, therefore, a visit to the Jordaan was definitely on the list for us. This folk district still exudes the real authenticity we love so much. On our search for a tasty local food spot, we stumbled upon ‘Café Sonneveld’, right in the Jordaan. This eatery has become a real institution and managed to keep its authentic character throughout the years. Enter: a cosy brown pub, somewhat poorly lit, Schlager records being played, atmosphere around the tables and on the benches and a real Amsterdam owner who serves the guests with a lot of swagger.

The eatery Sonneveld is, as it were, a secret place of pilgrimage for Amsterdam cabaret performer Wim Sonneveld. But apart from the cabinet of curiosities, the main thing you get there is delicious local food. We absolutely loved the ribs ‘Sonneveld’, hailed as being the ‘best ribs in town’. Quod erat demonstrandum. By the way, the bitterballen as an appetiser were also excellent. This address is highly recommended for local complexless food!

Reservation can be made here: https://cafesonneveld.nl/

Where they turn a ‘Kroket Sandwich’ into a state affair

To complete our Amsterdam trip, we paid a visit to Amsterdam’s kroketteninstituut: Van Dobben. This place has also remained unchanged for decades. Today, you cannot find an architect who could conceive of it like this. Once you enter, the feeling of a ‘refectory’ overwhelms you but at the same time, this simplicity is just very endearing. Take a seat at the bar and order from one of the real Amsterdam ladies. Naturally, we wanted to order the two specialities of the house: a croquette sandwich and a ‘préparé’ sandwich. The latter was voted the best preparé in town in a test. We can only endorse this. And the croquette sandwich? Wonderfully creamy and tasty. Quite a hit!

For the best croquettes in Amsterdam: https://www.eetsalonvandobben.nl/

In any case, it was a tasty end to a top weekend in Amsterdam. As usual, our time was still too short to explore the rest of this city but we’ll keep that for another time. 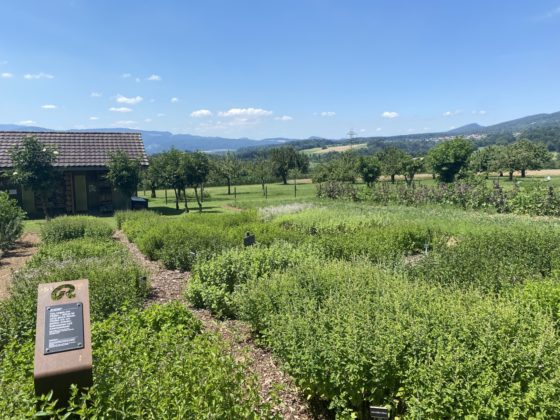 Ricola: the perfect combination of taste and functionality 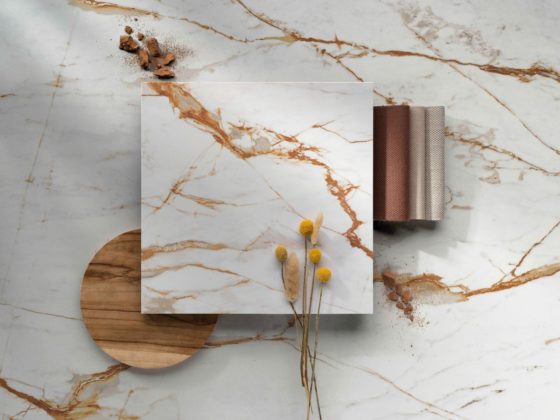 Dekton® Onirika – Poetic and unique beauty from the Twilight zone 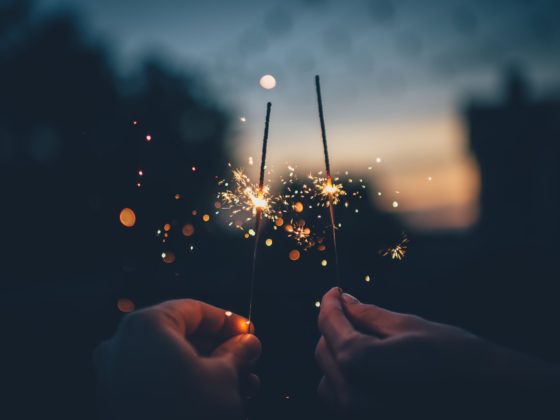 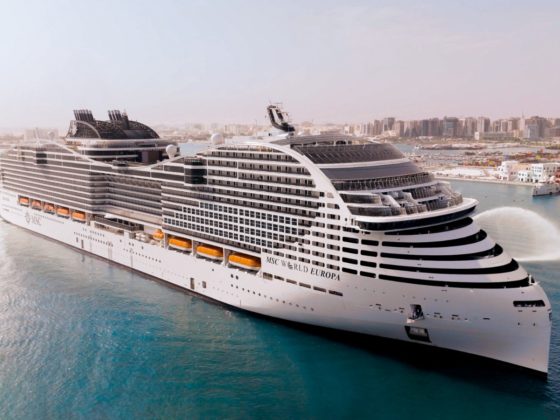 The power of luxury and conscious cruising 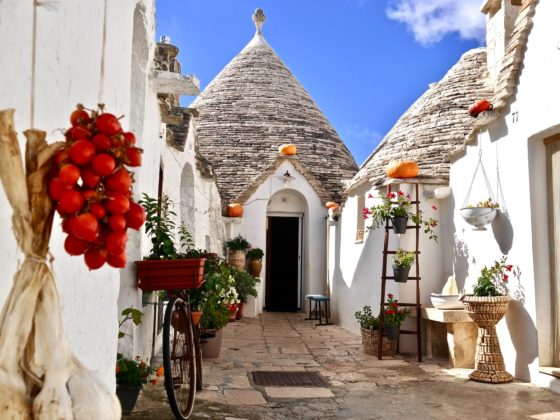 Picturesque Puglia: 5 x the towns you should not miss 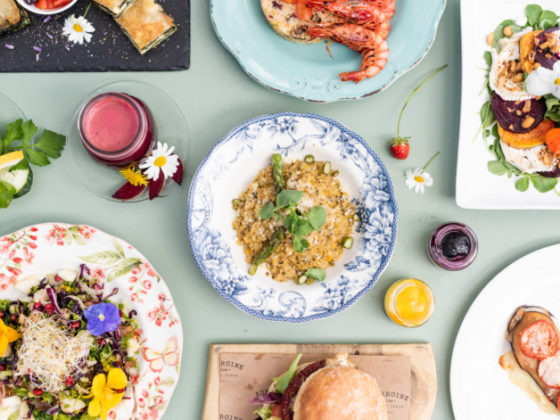 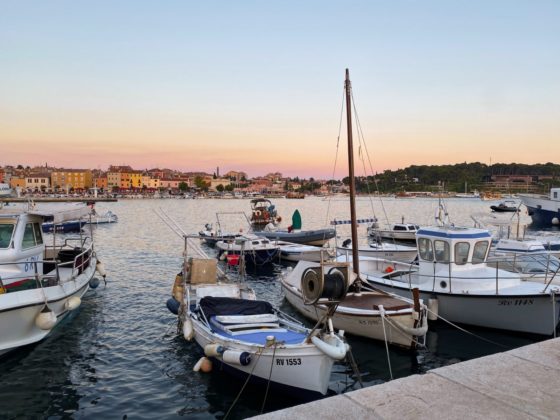 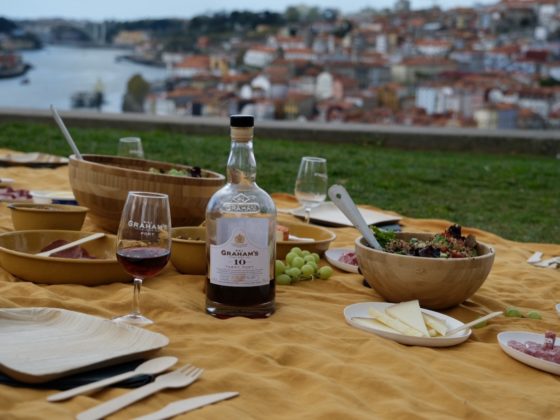 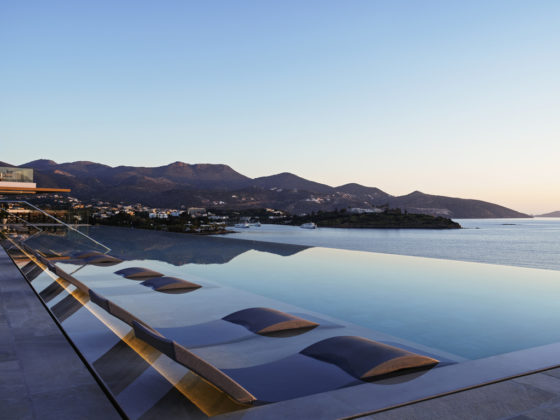 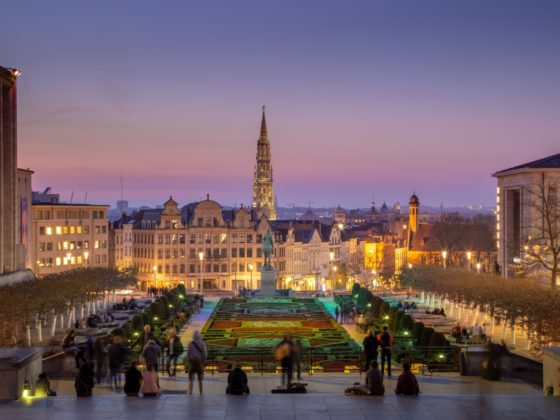